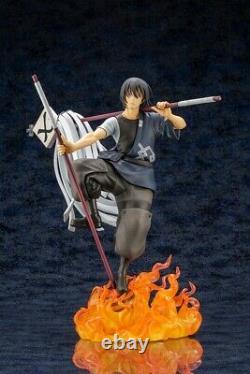 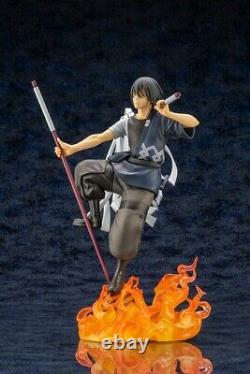 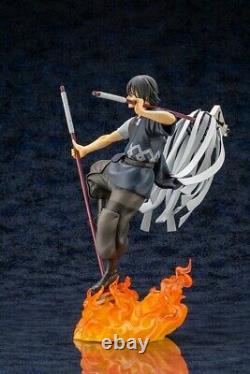 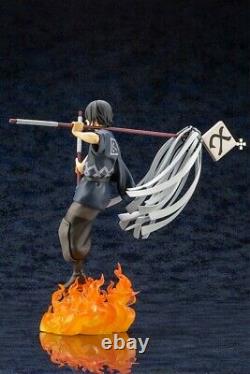 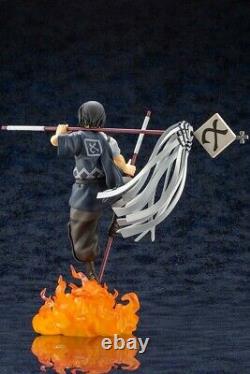 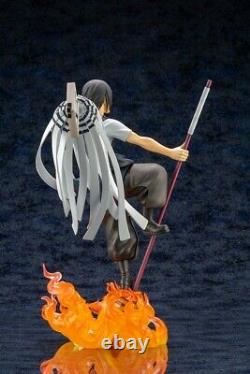 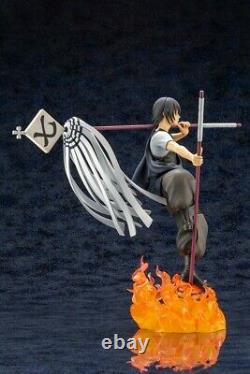 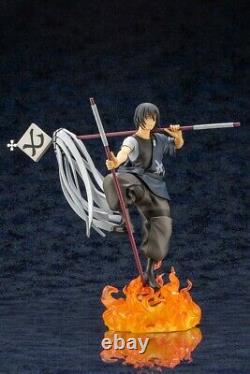 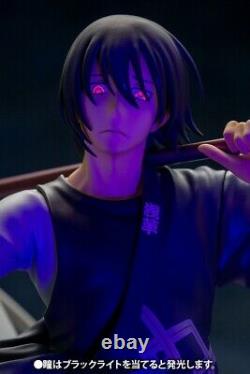 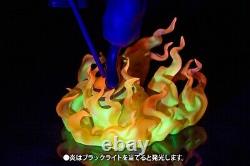 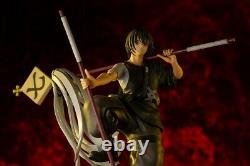 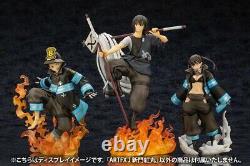 The "strongest firefighter", the battalion commander of the 7th Special Fire Brigade, "Shinmon Benimaru" has been added to the "ART FX J" series! Flying in the air with his own firing ability, three-dimensionalized with the image of a scene standing in front of the enemy. A clear material is used for the pedestal part that imitates the "Matoi" that burns vigorously, which is a characteristic weapon of the "Red Maru". In addition to the powerful modeling of the pedestal, the fluttering modeling of the "matoi" held in his left hand made it a very voluminous figure. Fluorescent paint is used for the flames in his eyes and pedestal, It is designed to emit light when illuminated with a black light.

The definitive edition for fans of "Fire Force". Please pick it up and enjoy it from various angles! If you line up with "ARTFX J Morira Kusakabe" and "ARTFX J Kankotatsu" developed from the same series, and "ARTFX J Arthur Boyle" to be developed in the future, you can see the world view of "Fire Force" even more. The image is a prototype.

The light emission is an image by CG. It may be slightly different from the actual product. We do not mark merchandise values below value or mark items as "Gifts" US and international govenment regulations prohibit such behavior. Don't hesitate to ask us if you have any questions.