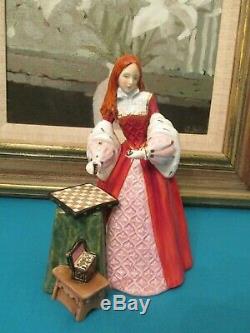 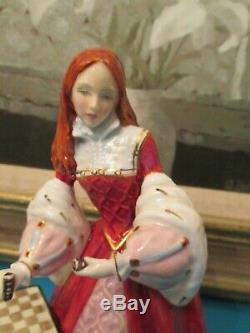 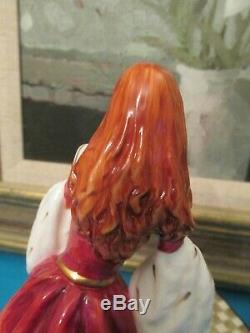 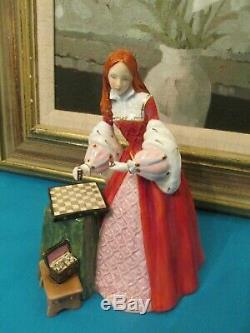 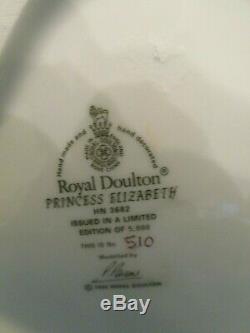 Fabulous Bone China figurine - "Princess Elizabeth" (Later Queen Elizabeth 1) - from Royal Doulton's'Tudor Roses' series. This beautiful masterpiece was researched and modelled by Pauline Parsons, a highly respected sculptor well known to Royal Doulton Collectors. It was issued in a worldwide limited edition of 5,000, of which this is No.

For over 170 years, Royal Doulton has been proud to celebrate Britain's royal heritage by creating masterpieces in fine bone china, depicting Royalty, past and present. Elizabeth was born at Greenwich Palace, the second child of HenryVIII and Anne Boleyn. At birth, Elizabeth was heir presumptive to the throne of England. Hand made and hand decorated, this lovely figurine depicts the young Princess, in a beautiful red, ermine trimmed full over-dress. She is depicted preparing for a game of chess, the the chess board and boxed chess pieces on a table and footstool nearby. The figurine which measures 8.25/21cms tall, is in excellent condition, with no chips, cracks or crazing. Hand made and hand decorated / Made in England / Royal Doulton / England / Bone China. / Royal Doulton (R) /. HN3682 / Issued in a.