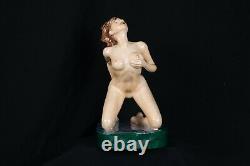 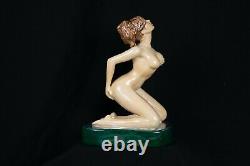 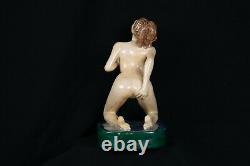 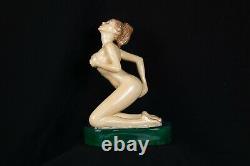 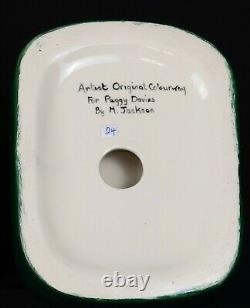 Paintings, antiques and objects of art. Over 47 years in the trade. Peggy Davies designed figurine'Lolita'.

Rare Original colourway one of one, designed by Peggy Davies, created by M Jackson limited edition. Peggy Davies was one of Royal Doulton's most highly regarded figure modellers. Margaret (Peggy) Davies was born in Burslem only a stone throw from the Royal Doulton Burslem works. At the age of twelve, Peggy won a scholarship to the Burslem College of Art and she studied full time for several years under the tutelage of Gordon Forsyth. Family circumstances forced her to seek employment before her course ended and she found a part-time assistants position with a local ceramic designer called.

In 1939, she took a position with Royal Doulton as assistant to Cecil Noke son of the renowned. And simultaneously set up a small workshop at home. The Second World War interrupted Peggy's employment with Doulton when a bomb partly destroyed her home and she decided to join the war effort and become a nurse. From here she worked freelance under contract to Royal Doulton and produced a long stream of new figure models for the Doulton HN series. Size Height 21 cms 16 cms depth and 10 cms wide.

There may be signs of scratches, discolouration, chips, cracks wear, tear, etc. This item is in the category "Collectables\Decorative Collectables\Sculptures & Figurines".